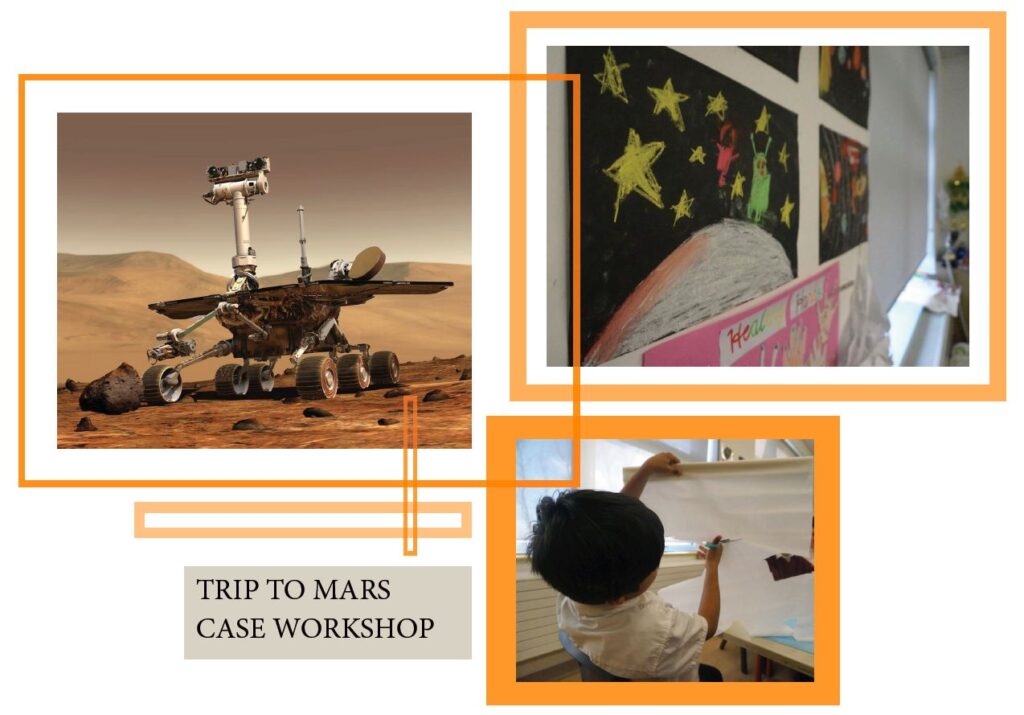 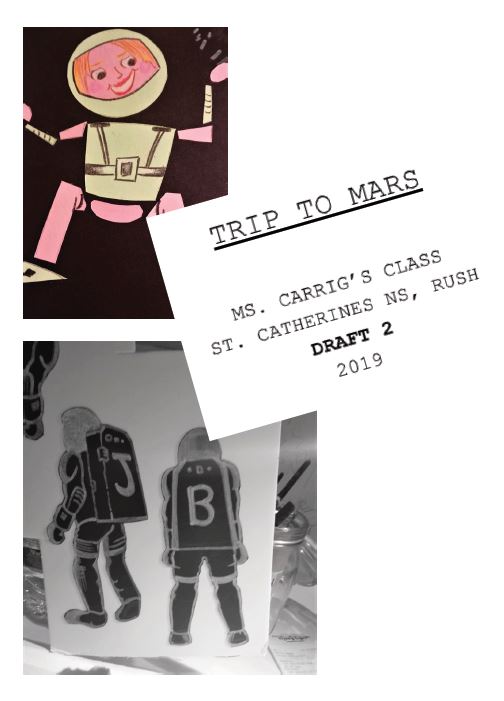 The object of the workshop was to explore the correlation
between science and the arts. More specifically, the workshop aimed to deepen the children’s learning on the scientific topic of Mars through the use of drama, puppetry, and visual art.

The CASE mission is to widen teaching capabilities by strengthening creativity in the classroom, and to establish connections between science and arts education. CASE is funded within the EU Erasmus+ programme. For more information on CASE please visit:

DEVELOPMENT PHASE: Ms Carrig and her class researched various aspects about the planet Mars in the weeks leading up to the workshop, including the planets structure, identifying features, and cutting edge technologies such as re-usable first stage rockets and the Mars Rover. The class then wrote an original fiction script for a puppet show, rooted in real science. It tells the tale of Jack, Ben, and Stephanie, and their daring mission to Mars.

After completion of draft 1, Wattle & Weave formatted the script in the professional theatrical style, and offered creative feedback and encouragement to the class for devising a second draft.

WORKSHOP DAY 1: Wattle & Weave led the class in an official read through of their script, where the group played around with different accents and character styles for the show. Wattle & Weave then carried out a full visual storyboard for one act with the children. In this way, the class learned how visualising the story can really bring the details to life. The children decided that many more elements could become puppets than they had originally imagined. “Why don’t we make the rocket a puppet too?!” 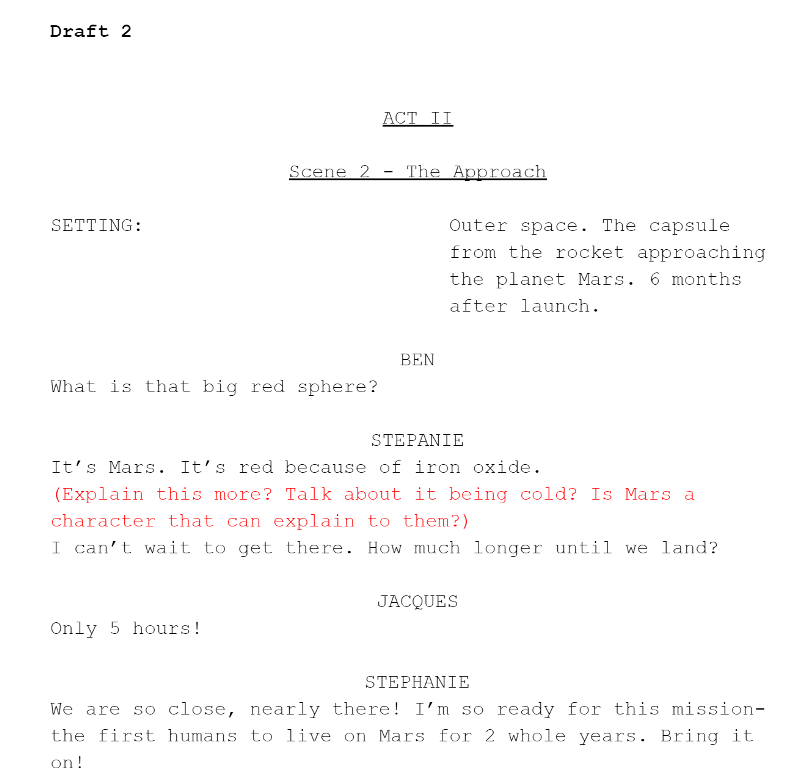 WORKSHOP DAY 2: Wattle & Weave gave a short interactive presentation on puppetry, and presented the class with six custom made stick puppets based on the main characters in their story, as inspiration. Based on the storyboard developed on Day 1, each member of the class researched and created a unique aspect of the story. One boy drew the rocket capsule, while his neighbour drew the first stage rocket, complete with fiery sparks and billowing smoke. Another girl drew the capsule interior, while others created the windy pink sky of Mars. Each of these creations were then turned into stick puppets, and the children were split into three smaller groups to direct and rehearse a scene from the puppet show, under the careful guidance of Wattle & Weave and Ms. Carrig. Each group then had the opportunity to watch their classmate’s rehearsal, and give feedback on the creative process.

Data Protection: Permission has been granted by St. Catherine’s NS Rush the the children’s parent/guardian(s) to display these images. The faces of some children have been obscured for privacy reasons.

Wattle & Weave would like to thank Ms Carrig and her class for their creativity, enthusiasm, and hard work in building this project with us. We would also like to thank the DCU for their support.